A Family Tradition Since 1933

“Where Memories Are Made” 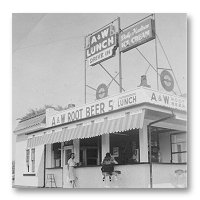 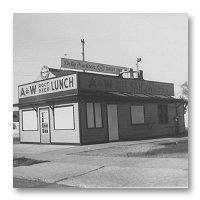 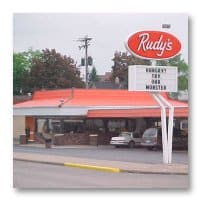 Four years later, in 1937, he bought an existing root beer stand on the corner of 4th and Vine, which is now the new County Building parking lot.

In 1938, he built another root beer stand on the Causeway, which is now the site of Peking Restaurant. The Causeway store was closed in 1945 due to war rationing.

In 1939, a root beer/popcorn stand was opened on the corner of 4th and Main street across from the Rivoli Theater.

In 1940, the progress continued with the construction of a root beer stand across from The Country Club on the corner of 24th and La Crosse Street, now the site of Heeter’s Car Care.

Seven years passed before William built the A&W Drive-In located on South Avenue and 16th Streets in 1947. The South Avenue location was sold by the family in 1975.

Grandpa William Rudy was succeeded in business by son Dale who had worked in the restaurants since childhood. In 1979, Dale had the honor of being the first fast food operator to be presented the Wisconsin Restaurateur of the Year Award.

The drive-in at 10th and La Crosse Streets was built in 1966 and remains the last drive-in owned and operated by the Rudy family. The tradition continues, three generations later…with grandson, Gary.

We thank you for the years of loyal patronage.